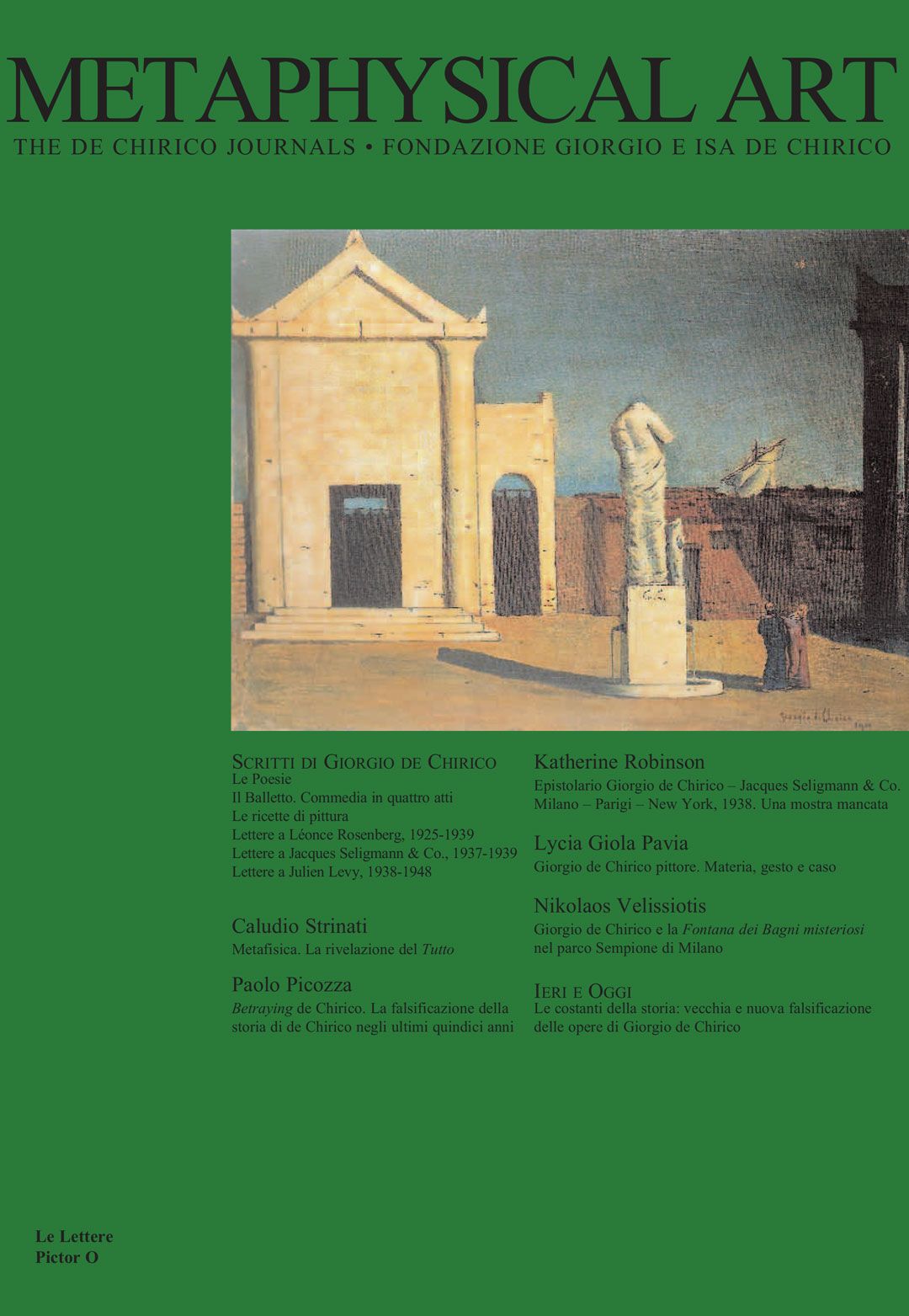 “Revelation consists precisely in consciousness of the beyond (or if we like, of a substance different from apparentness) which is imminent but cannot be thought of in the same terms as a concrete object set before us, be this a thing or a person. It is what de Chirico would call, not without a certain wilful ambiguity of meaning, the Enigma (somewhat equivalent to Kant’s noumenon) which led him to put forward, in the celebrated The Enigma of an Autumn Afternoon (1910), the metamorphosis of Piazza Santa Croce in Florence and the statue of Dante into images of fixity.”

Claudio Strinati
Metaphysical Art: The Revelation of the All