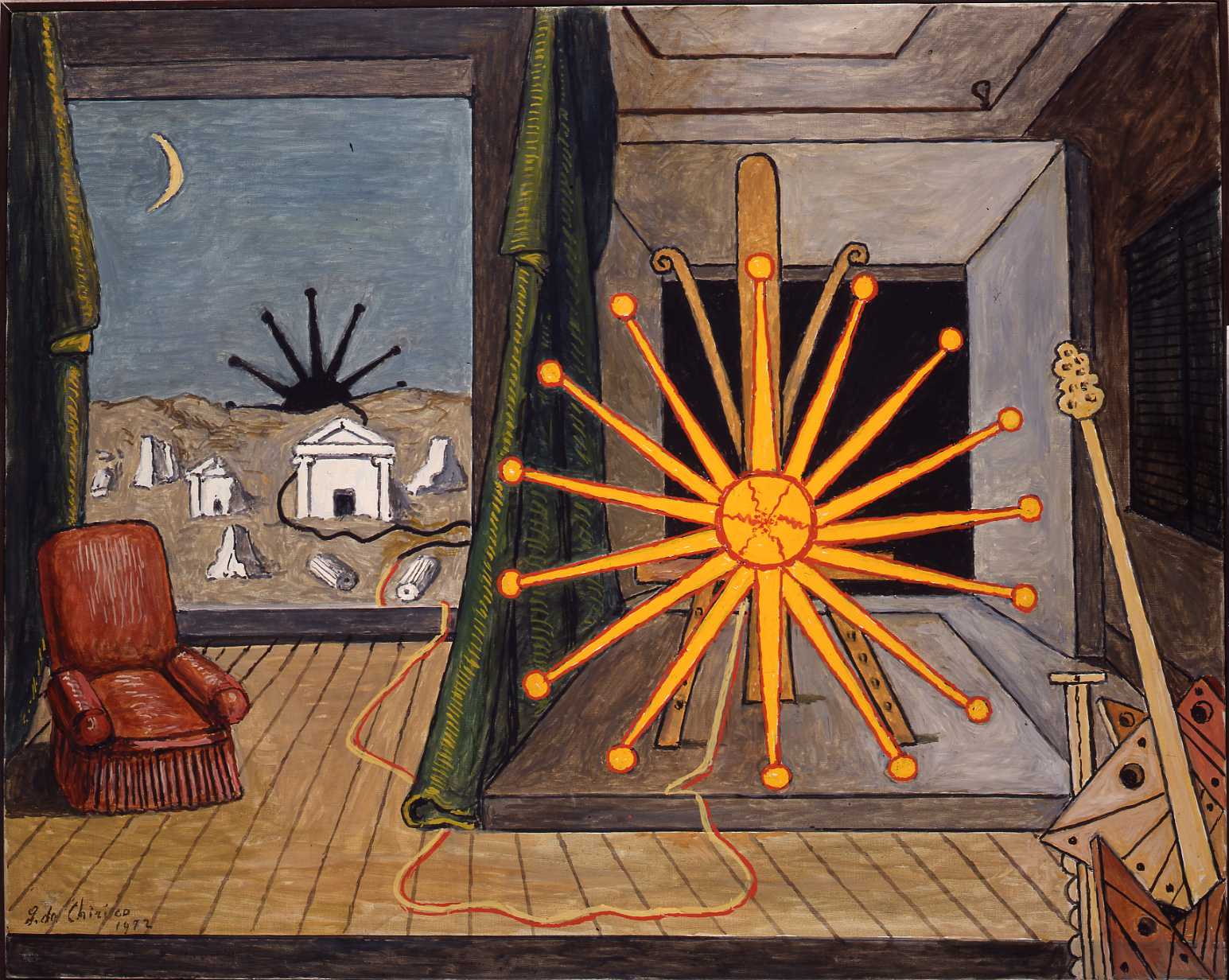 The exhibition, curated by Saretto Cincinelli and Lorenzo Canova, is staged at Palazzo Blu in Pisa from 7 November 2020 –day of the expected opening, suspended due to the DPCM of 3/11/2020- and can be visited from Wednesday 20 January 2021.

The exhibition is organised by Fondazione Pisa and MondoMostre, in collaboration with Fondazione Giorgio e Isa de Chirico and La Galleria Nazionale d’Arte Moderna e Contemporanea in Rome, under the patronage of the Ministry of Heritage, Culture and Tourism, of the Tuscany Region and the City of Pisa.

The exhibition follows a chronological order, starting from the first “böcklinian” artworks, of the end of the first decade of the 20th century, until the 1910s of the great metaphysical painting; from the masterpieces of the “classical” period of the early 1920s, until the Mysterious Baths of the 1930s and the researches on painting by the great masters of the past, made between the 1930s and the 1950s, finally arriving at the neometaphysical period.

The retrospective exhibition curated by Massimo Luca Barbero opens to the public on September 25 at Palazzo Reale, where the historical exhibition dedicated to Giorgio de Chirico took place 50 years ago in 1970. The exhibition features approximately 100 works with masterpieces on loan from international and national museums and is organized and promoted by Comune di Milano-Cultura, Palazzo Reale, Marsilio and Electa, in collaboration with Fondazione Giorgio e Isa de Chirico. 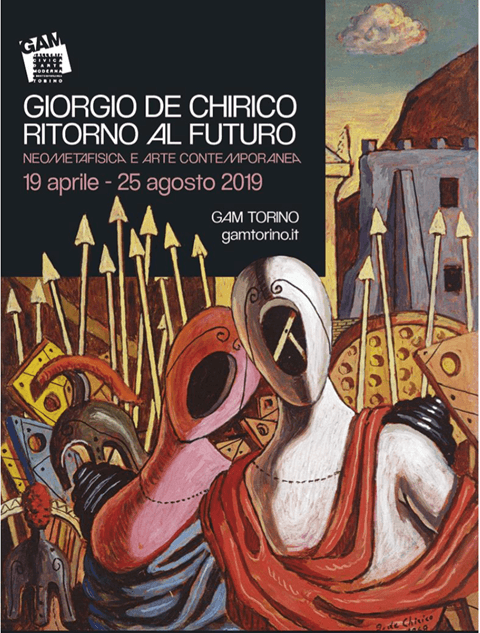 Giorgio de Chirico – Back to the Future 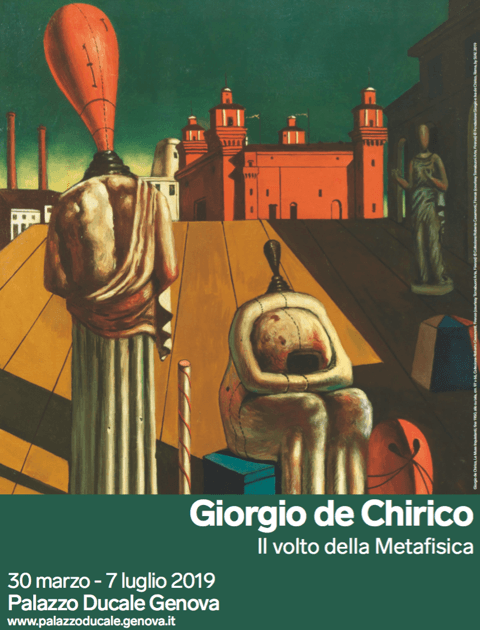 From 30 March to 7 July 2019 (extended to 1 September), the exhibition Giorgio de Chirico – The Changing Face of Metaphysical Art is presently on show at the  Doge’s Apartment of Palazzo Ducale, Genoa, and is organised by ViDi in collaboration with Palazzo Ducale Fondazione per la Cultura and Fondazione Giorgio e Isa de Chirico. The exhibition, curated by Victoria Noel-Johnson, presents circa 100 artworks from the entire arc of the artist’s career on loan from important institutions and museums.